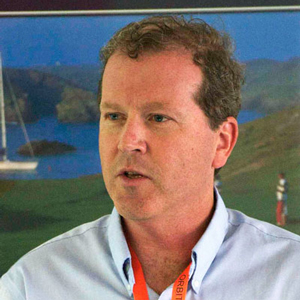 Fred Michel received a PhD in Chemical Engineering from Michigan State University in 1991 and BS degrees in Biochemistry and Chemical Engineering from the University of Colorado. He was a postdoctoral scientist at the NSF Center for Microbial Ecology where he investigated microbial communities in composts and the use of composting for bioremediation. In 2005 he was a Visiting Scientist at the DOE National Renewable Energy Laboratory where he conducted research on the conversion of Ohio lignocellulosic feedstocks to fuel ethanol. Fred serves as editor of Compost Science and Utilization journal, is a board member of Green Energy Ohio and the Organics Council of Ohio and serves on the US Composting Council’s (USCC) Persistent Herbicide Task Force. At OSU he Chairs the CFAES Faculty Advisory Council and OSU Wooster Sustainability Committee. He has authored more than 100 technical papers on composting and other topics.

Presentation Description: Composts are increasingly used as components of growing media for greenhouse, nursery and garden crops. While they are known to improve chemical, physical and biological properties that impact plant health, little is known about the specific effects of compost amendments on the composition of microbial communities in these media. In this study, microbial consortia were characterized in growing media containing different amounts and types of composts. Ribosomal RNA gene and intergenic spacer region sequencing with bacterial and fungal specific PCR primers were used to amplify DNA isolated from growing media in containers after 0, 1 and 2 months in a greenhouse environment. The amplified sequences were compared to 16S gene and ITS sequence databases to identify and quantify individual microorganisms in the growing media. In one experiment, a peat/pine bark mix was prepared with 0, 10 and 20% leaf compost. The mixes were potted with a single birch tree seedling (Betula nigra ‘Cully’) and amended with controlled release fertilizer. In another, a biosolids compost and a leaf compost, with and without gamma irradiation, were used as amendments at 20% v/v and potted with sunflower (Helianthus annuus ‘Pacino Gold’) (n=6). Gamma irradiation (25 kGy for 30 minutes) largely destroyed the microbial community in the composts reducing the culturable bacteria by 99.9%. Results showed that microbial communities in media mixes differed from those in peat, bark or compost alone, and most closely resembled those in composts. After 1 and 2 months, the communities in all of the mixes became similar to one another and differed substantially from the initial mixes and feedstocks. Microbial communities in irradiated and control mixes differed initially but became similar after 2 months. Sunflower grew more slowly initially in irradiated compost amended mixes. Microbial community structure was affected most by media age, then by compost type, then irradiation.